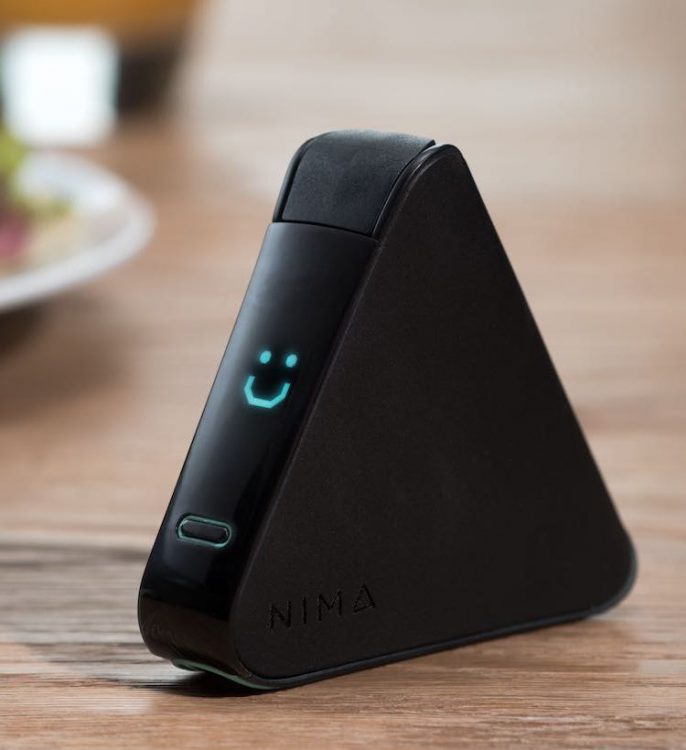 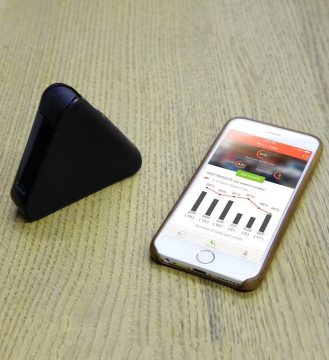 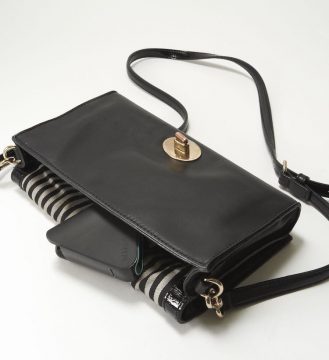 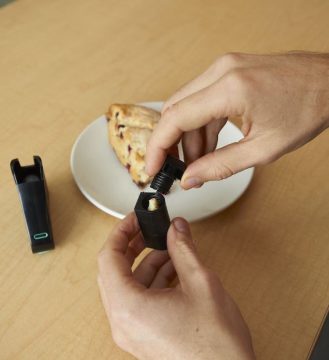 Nima is a discreet, portable gluten tester that allows consumers to test meals.

Just take a tiny sample of food, put it in a capsule, and put the capsule in Nima. Nima works hard so you don’t have to.

Nima is the fastest gluten tester on the market, letting you know if there is 20ppm or more of gluten in food in just over 2 minutes.

One-time-use capsules are pre-loaded with our proprietary chemistry and ready to go as soon as you are. No cleaning, no re-setting, no refilling. Just grab a new capsule for every test.

Nima fits in a pocket or purse. Bring Nima to dates, vacations, business meals, or wherever you’re eating.

It’s a food data lovefest – share what you have tested and see what others are testing to stay one step ahead of gluten!

The Nima Gluten Sensor is not available from the Future Now Mini Mart, but you can preorder one from the Nima Online Store.

The Future Now MiniMart is your one stop shop for Artifacts from the Future - speculative products that don't actually exist, but they could one day.

Learn more about Artifacts from the Future.

Brought to you by
Institute for the Future